Bilbo,Death Metal (Activa)
Biografía
AFTER LIFE was born after the dissolution of the Modern Death Metal band from Bilbao UNBREATH, created by guitarist Alex de Benito (Ex-Vhäldemar) and singer Sophie Laporte (known as NeskÄ).
After editing their first CD "My faith against me" (2013), make a tour of more than 50
concerts in Spain and France, and winning several contests, the band suffers several
changes of formation without being able to find the ideal line-up, which took to the decision to dissolve the band and to begin again, with a similar style but with influences of the Thrash Metal.

This time the band had all the experience of the previous project, as well as some songs that were going to appear on the second album of UNBREATH.

The first AFTER LIFE album "Requiem from the abyss" (2016) was composed and produced entirely by Alex at Rock Factory studios, and the lyrics and voices by Sophie, so the essence of UNBREATH is present in the compositions.

After a long and arduous process of selecting musicians, the band decides that Alex will abandon his guitarist position and become a drummer, joining the guitars Jon Flores (ex-Damudot) and Rob Moisen (Ymotek), and Ander Gil (ex -Psyko) as a bassist.
After a few months of "payse" due to work situations of some of the bandmates , the band decides that a change is necessary to move forward.
Ander Gil goes on guitar, Ander Alayeto (Fears Away) came as bassist and Ivan Gonzalez (Tenebra) on drums. The group was consolidated with this line-up in July 2017 and is currently active 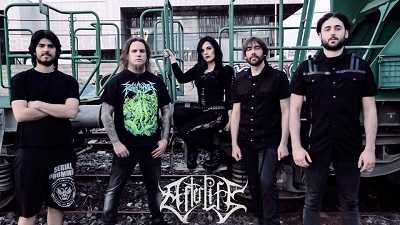 Discografía
Requiem From The Abyss Album 2016 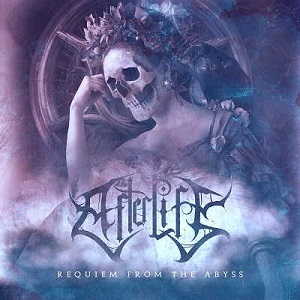 Tracklist
1. Echoes Of Eternity
2. Requiem From The Abyss
3. Under My Skin
4. Unleash The Time
5. Bio-lence [Darkest Skies]
6. Bio-lence [The Revenge Of Gaia]
7. Dehumanize
8. Enslaved
9. Break The Silence
10. Whispers, Beyond The Edge